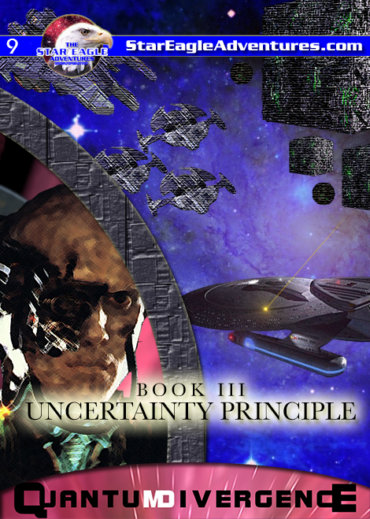 Unable to prevent the annihilation of two universes, Michael Owens and the crew of the starship Eagle find themselves in yet another reality not their own.

In a galaxy that barely resembles his home, Michael must come to terms with his own personal demons and a family he had long thought lost.

Now, as the motivation of their most important ally is brought into question, the crew finds itself stuck between two of the Federation’s greatest enemies in a race against the clock to prevent the unthinkable.

Continue the journey into the depths of quantum reality in Book Three of the Quantum Divergence trilogy.

Now posting at the TrekBBS and at Ad Astra