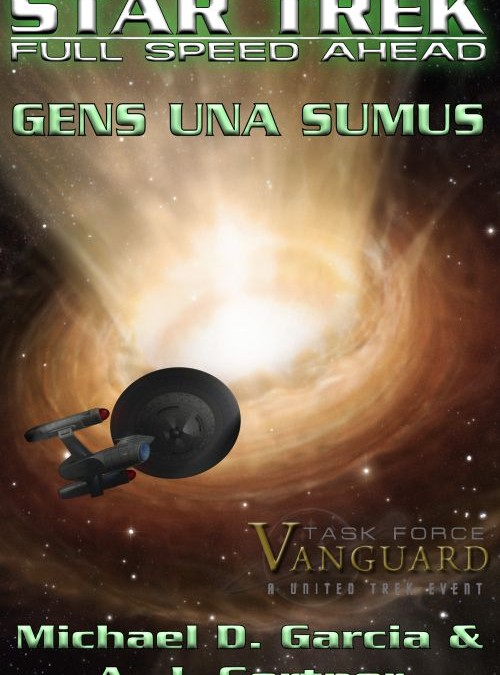 Completing the saga that began with the popular crossover novel between Star Trek: Gibraltar and Star Trek: Full Speed Ahead, The Chains of Error, a former Farragut helmsman finds herself tangling with Romulans as part of Task Force Vanguard!

Stardate 55343: Immediately following the events of Mater Semper Certa Est, Commander C. J. Kircheis joins the first wave of Task Force Vanguard under the command of Vice Admiral Edward Jellico, and is assigned as the executive officer of USS Adelphi. With the information presented to her by khre’Arrain t’Aimne about the wormhole leading from Rihannsu space, Adelphi is ordered to investigate the wormhole and its possible usage by the Rihannsu to send ships and scouts into the Delta Quadrant.

Meanwhile, on the other side of the wormhole, first officer Taibek tr’Tei of the warbird ChR Kholhnen is part of a highly-classified Tal Shiar-led expedition using the same wormhole. When the three ship flotilla enters the Delta Quadrant, they’re met by USS Adelphi in the middle of their mission. though they outnumber the Starfleet vessel three-to-one and enjoy a treaty following their shared victory in the Dominion War, tr’Tei wonders if the Tal Shiar will observe that alliance under the circumstances.

Start reading over at Ad Astra!