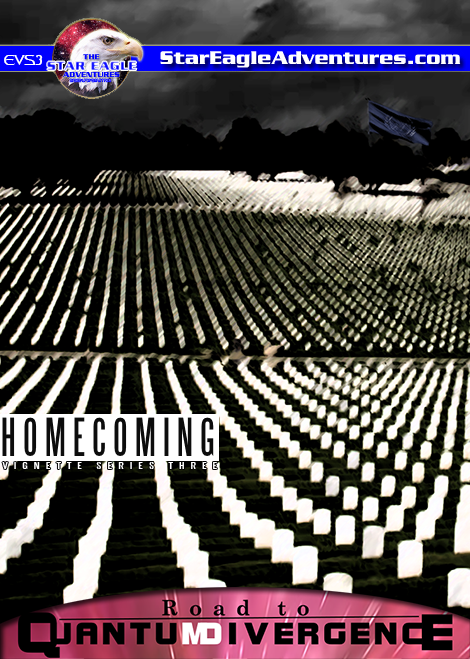 The crew of the Starship Eagle returns to Earth for the first time in years and after the long war fighting the Dominion. The battered ship is overdue for an extensive overhaul but more importantly, the mentally and physically exhausted crew is desperate for well deserved shore leave.

Homecoming is the third installment of the Eagle Vignette Series and features ten short stories, each following one or more characters from the Star Eagle Adventures as they face a different set of challenges.

Now posting at the TrekBBS and Ad Astra.