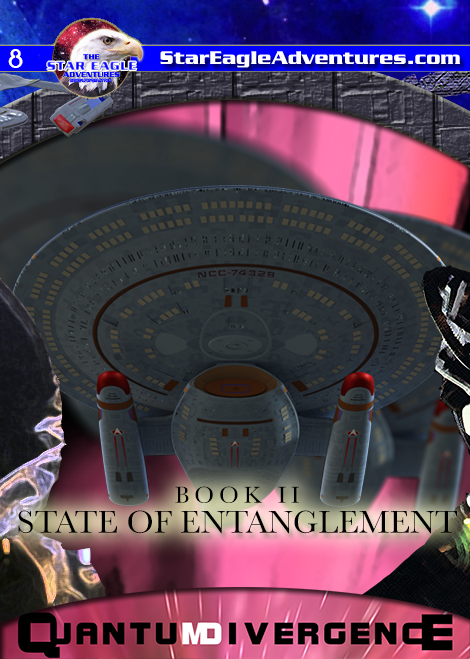 After an eventful mission into the star-packed globular cluster of the Amargosa Diaspora beyond Federation space and into the isolated and xenophobic Krellonian Star Alliance, the Starship Eagle learned of an invasion plan by subspace aliens, assisted by elements within the Star Alliance.

With the help of Bensu, the enigmatic bartender on Eagle but in reality a man possessing unique characteristics and knowledge about the aliens, Michael Owens and his crew, along with with his father, have located a massive superstructure hidden away in a subspace pocket.

Now, as the startling truth of the aliens’ plans become more obvious, Eagle will find itself deeply entwined in a dangerous game which goes far beyond their own universe and will pit them against foes with very familiar faces which will shake Owens and his crew to the core.

Continue the journey into the depths of quantum reality in Book Two of the Quantum Divergence trilogy.

Now posting at the TrekBBS.